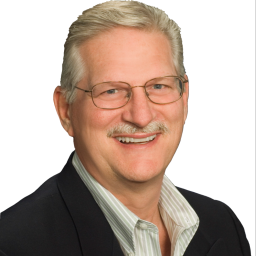 The iron condor has a lot of advantages. Basically, the iron condor is a combination of two credit spreads, the bull put and the bear call. Some of the advantages are, you don’t need to know the market direction because the market does go up and down, but it goes in a sine-wave-type pattern.

What we’re doing with an iron condor is you’re trying to take advantage of that sine wave and looking for the market to stay relatively in the same position as it oscillates.

I have been trading the iron condors for more than 15+ years. The average return, the average win rate on an iron condo is about 75 percent over that long period of time. You don’t have to constantly watch the market. It’s relatively low anxiety. The trades are not concentrated at a certain price level, and they have good returns and controlled risk.

Once again, we’re taking advantage of this rapid decay of premium, called theta decay, in the last 30 days. You can see the option prices. What we’re doing is we are selling out of the money options and then buying one farther for protection. We’re doing this with about 30 to 40 days left.

Quickly, the bull put spread, what we’re doing is we’re going out of the money and we are selling a put that is pretty far out of the money then we’re buying one a little farther out of the money for protection. This can profit if it goes up, sideways or does not come down below the strike price where you sold the put.

With the bear call, we are selling a call that’s out of the money and buying a call farther out of the money for protection. Here you can profit when it goes down, sideways or if it doesn’t come up to the price where we sold the call. You couple these together, you get an iron condor. It’s an advanced option trading strategy using both the bull put and the bear call with the same expiration. The number of call and put spreads will be equal. The position is called a condor due to the shape of the profit/loss graph. It looks like a condor in flight, where this is the profit zone and this is the potential loss. You bought the put and call so you don’t have a catastrophic loss if the market goes against you.

Setting up an Iron Condor on the Russell 2000

This is the RUT option chain. We’re going out equal distance from where the price is to sell and then buying one farther out. This is our bull put side. You’ll notice that it’s right around a delta of about .10.
Then down here is our bear call side where we’re selling this strike price and buying this strike price. You notice this delta is right around .10 also. You execute those two and you have an 80 percent chance that the options will expire worthless. In other words, they will expire within the profit zone. Now, there are times it’s going to go out of the zone.  You need to develop rules for exit when the price gets beyond that point.

I tend to go a little farther out and be a more conservative trader. I’m looking around .10 delta and maybe a little bit lower.  I’m never going to take the iron condor trade all the way to expiration because once I capture about 75 to 85 percent of that $1.65 I’m going to get out and mitigate my risk. Every day you stay in, you’ve got risk exposure.

I always look at the profit zone. Here’s the bull put and bear call that we setup. Here’s currently where the RUT is at. The profit zone is right in here. Notice that the zone becomes bigger and bigger the closer you get to expiration. In this case the expiration was November 17, one month away.

This is the curve that I use to manage the trade. I usually put up a line around six percent for a loss on both the call side and the put side. If it goes outside this profit zone I want to be in a position to say, “Well, do I want to stay in here or should I exit?” It’s the combination of the profit zone and the risk profile that I use to manage the trade.

Iron condors can be very profitable if you follow them on a regular basis. When it gets outside the profit zone you’ve got an exit strategy in place. Also, you know exactly when you’re going to take profit is when you get up to about 75 to 80 percent of the potential profit. That’s how you set up and trade an iron condor.